A few images from the opening night of Form to Formless at Customs House. Many thanks to all the participants, contributors and attendees for a great night and a successful exhibition. 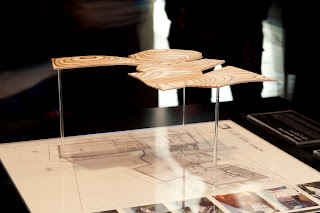 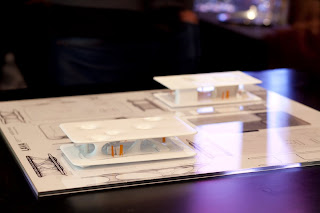 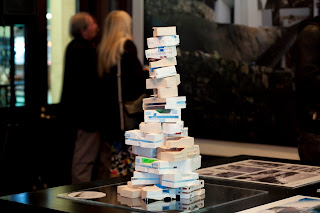 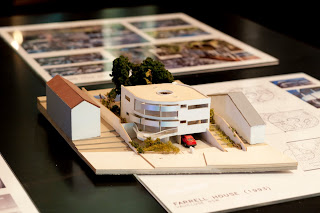 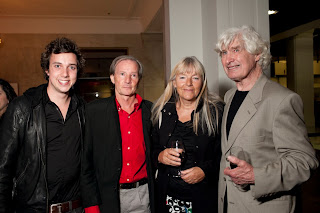 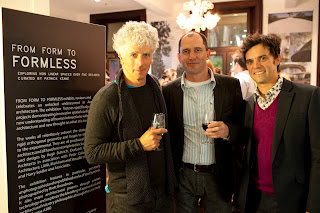 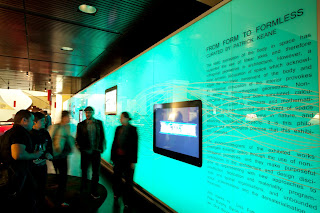 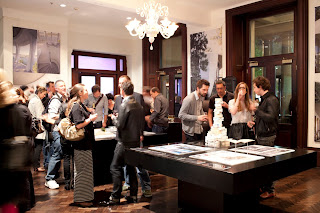 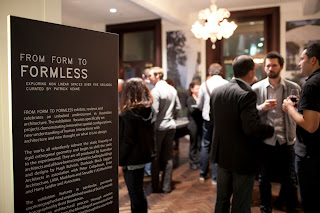 Posted by Enter Projects at 4:32 PM No comments:

Form to Formless gets published....

Wallpaper magazine has picked up the Form to Formless exhibition and given it a massive wrap... Follow the link to the online Wallpaper article written by Clare Dowdy and watch this space for more.

http://www.wallpaper.com/architecture/from-form-to-formless-sydney/4853
Posted by Enter Projects at 4:13 PM No comments: 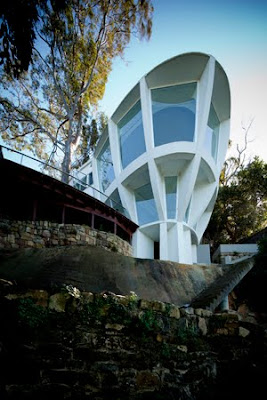 SEPTEMBER 16TH - OCTOBER 17TH
From to Formless - exhibits, reviews and celebrates an unlocked undercurrent in Australian architecture. Curated by Patrick Keane for Customs House Sydney, the exhibition focuses specifically on buildings demonstrating innovative spatial configurations, new udnerstanding of human interactions with architecture and new thought on what it is to design. It features in particular, previously un-photographed and unpublished works of Stan Symonds photographed by Brett Boardman.
The works exhibited are not snapshots of fleeting theories, but essentially, reflections and postulations of a new perception of the body in space. Of sense. Of capture. Of territory. They all relentlessly subvert the static linearity of rigid orthogonal geometry and begin to shift the static to the experimental. Indeed, they are provocations to traditional architectural thought and promote new interactive spatial occupations.
New forms of hybridity are manifest in all these works- and engender questions on form and function simultaneously. The lines between dualities are blurred - theory and practice, intuition and knowledge, release and withholding, unfolding themselves and breathing new intensity. Much of the exterior formlessness is inscribed on the interior- a skin separating the within from the external, yet the line is indeterminate.
The works themselvesm produced over five decades, including buildings and designs by Hugh Buhrich, Durbach Block Jaggers Architecture in association with Peter Colquhoun, Enter Architecture, LAVA, Harry Seidler and Associates and Stan Symonds are rich in diversity. They are all prodcued by Australian architects and all have been completed. They all investigate new methods of design and are, just as significantly, groundbreaking in terms of discovering appropriate constructional methods to realise conceptual ambitions. Thus, the disjuncture between paper or screen and the constructed work becomes bridged by new approaches to fabrication techniques and material properties.
In parallel to the presentation of stationary architecture, from Form to Formless investigates the mapping of architectural process through aviation technology. Both via the tools and mediums through which architectural process can be realised, and a new shared philosophy of space and sense, the exhibition explores the blending of aeronautical and architectural industry philosophies through the case study of the Qantas A380 Airbus. The non-static, streamlined A380, with subtle continuty in form and composition becomes more than a machine for flying. It is imbued with a sense of lightness that utilises smooth, flowing form and bridges the divide between the within, the encased and the external to warp the sense of flight to float.
The works speak for themselves; they speak loudly of what it is to be contemporary, timeless and have implications beyond the form. They create themselves and are imbued with a sense of inevitability.
The exhibition is running currently at Customs House Sydney September 16 - October 17.
- Lisa Fathalla (Enter Architecture)
Posted by Enter Projects at 3:50 PM No comments: 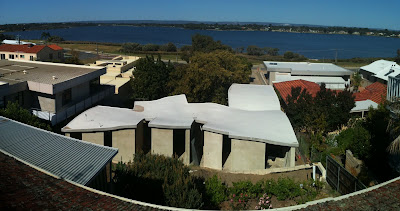 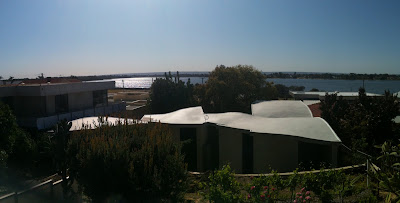 Posted by Enter Projects at 3:40 PM No comments: